Not sure if you want to watch...

Data Security at Risk: Testimony from a Twitter Whistleblower | United States Senate Committee on the Judiciary I Don't Re Member

I've only watched a little, but none of this surprises me. At all.
Is it scary? Yes.
But, I am in I.T. so am aware of this stuff. I also only have Gator Chatter for social media so aren't worried about my info, per se. I'm also not blind and know that my info is still out there publicly and is vulnerable.

Some things that jump out at me is how well each member of either party (i.e. R or D) is playing nicely with one another and their target/prey in this Twitter whistleblower. And it's because this issue affects each of them equally AND because they each have an opportunity to gain power from this guy's knowledge.
It also surprises me how smart Sen. Jon Ossof appears here. It's really my first time listening to him and it's surprising, really, because I can't stand him and want him booted from Georgia ASAP. He said there was a Chinese spy on the Twitter payroll.

'They don't know what data they have, where it lives and where it came from and so, unsurprisingly, they can't protect it,' Zatko said. 'It doesn´t matter who has keys if there are no locks.' 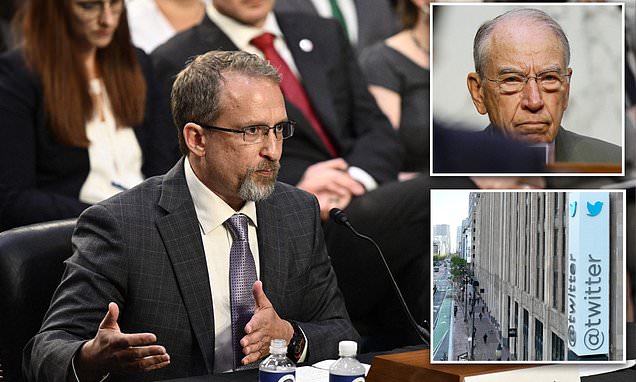 A former security officer at Twitter told senators on Tuesday that he learned a Chinese intelligence agent was on the social media company's payroll a week before he was dismissed.

www.dailymail.co.uk
You must log in or register to reply here.